Mission to Skopje launched a campaign on safer graduations for students 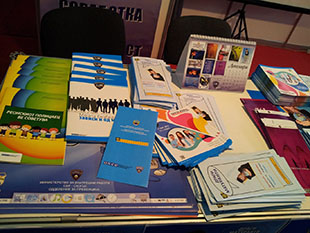 On 10 April 2015, SIA Skopje Prevention Division, in the presence of the Minister of Internal Affairs, launched its sixth annual awareness-raising campaign “Safe graduations and semi-graduations”. The OSCE-supported campaign was launched during an education and career fair, during which the Sector of Internal Affairs Skopje distributed informative brochures and flyers with facts about laws on misdemeanours against PPO, the criminal code and the law on road traffic safety. As part of the campaign, police officers from the relevant PS for GC visited graduates from both primary and secondary schools in Skopje, distributing posters and flyers.