The goal of this project was improve confidence and relations between Roma communities, police and local institutions through further strengthening the capacities of Local Prevention Councils to resolve issues related to the ethnic Roma.

The Roma community has been identified as one of the most vulnerable ethnic group in the country and as stated in the National Strategy for Roma: “Experience shows that the traditional approach in the resolution of minority issues has not given the expected results as far as the Roma are concerned”. The situation of the Roma is considered to be entirely different from that of other ethnic communities and the approach taken up to now has not effectively addressed their problems.

In the 2008 Community Policing Survey it was highlighted that many sections of the community were not treated fairly by the Police service, in particular 46% thought that the Police did not deal impartially with ethnic groups. The OSCE Mission in its aim to further enhance the partnership between Police and citizens, in particular those between different ethnic and minority groups have sought to improve relations through the use of Local Prevention Councils (LPCs). To this end, numerous activities were initiated to highlight the plight of some of these groups in an attempt to close the gap.

Project Goal and Objectives:
To improve confidence and relations between Roma communities, police and local institutions through further strengthening the capacities of Local Prevention Councils to resolve issues related to the ethnic Roma. This is also an effort to advance the development of existing community policing bodies (e.g. LPC’s) for partnership and cooperation between the Police and the local community, in particular:

Project Activities:
Throughout the year, various meetings were held with representatives of the Ministry of Labour and Social Policy (MoLS) together with the OSCE Senior Assistant on Roma Issues in order to arrange all details related to their participation in the LPC meetings. The MoLS outlined the security concerns of the Roma people from the perspective of social inclusion and provided comprehensive solutions.

In March 2010 a thematic meeting of the Local Prevention Council (LPC) addressing Roma safety issues was held in VINICA. The meeting was chaired by the Mayor of VINICA, while the OSCE Monitoring Mission to Skopje was represented by the Deputy Head of Mission. In her address, she emphasized the importance of bringing together the Roma and the police for the purpose of finding solutions to local problems faced by this community. The event marked the beginning of a project to be implemented in 17 municipalities throughout the Host Country supported by the Mission.

The focus of the meetings, organised in cooperation with the Ministry of Labour and Social Policy and the Ministry of Internal Affairs, was on the issues of street children, potential victims of trafficking, drugs, and begging. The aim was to contribute to the inclusion of the Roma population with a view to supporting confidence building between the Roma and state institutions, as well as contributing to conflict prevention.

Results:
Only a small budget was allocated to this project which only skimmed the surface of the problems faced by minority groups. One of the biggest problems faced by the Roma people was the lack of a strident and coherent voice and proper representation. Some progress had been made in that centres for information were set up in the eight regions, however they lacked proper funding. Two of the regions were offered bases for information centres within their municipality offices which was a step forward. It is anticipated that this project will continue in to 2011 but in a more comprehensive form. 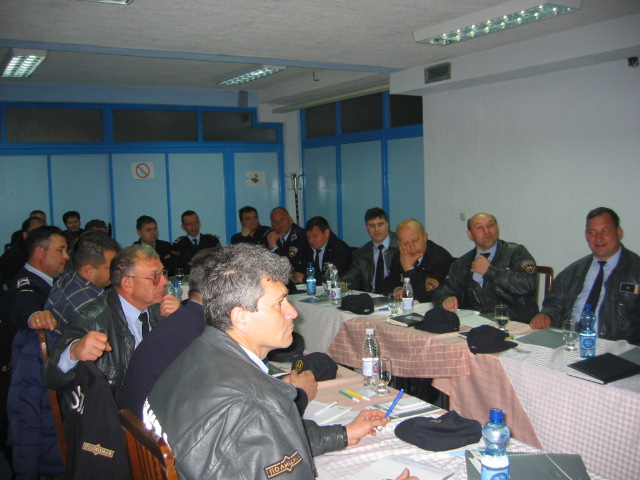 The proposed project falls into the OSCE Mission to Skopje priorities of promoting the development of a professional police force and developing effective Community Based Policing in areas with strong Roma minority presence through initiatives that will develop positive relations between Roma/Sinti communities and the police, promoting anti bias trainings and awareness among law enforcement officers on Roma history and culture.