Further to the signing, in 2001, of the Ohrid Framework Agreement, which put an end to the interethnic conflict, the International Community (IC) and the OSCE in particular committed to providing the host government with assistance and advice on best policing options and methods to build confidence between the police and citizens.

The unstable and challenging security situation of those years, led the IC to recognize that a viable and relevant means to enhance cooperation between the population and the law enforcement institutions was to support the development and the implementation of a Community Policing program specifically tailored to the needs and capacities of the country. In so doing, among other activities that the OSCE supported in 2002, the Mission assisted the MoI in successfully launching the practice of Citizens Advisory Groups (CAGs). This was initially implemented in the West- and Northern parts of the country (so-called former crisis areas), and it was subsequently expanded countrywide. Designed with the aim to become a long-term sustainable tool to enhance community safety, the CAGs made a start in improving policing and cooperation between law enforcement officials and the population by bringing together citizens, police and local institutions to discuss and find solutions to public safety concerns.

With a view to enhance the efficiency and the sustainability of this practice, in 2003 the MoI selected a number of police officers (Community Relations Coordinators -CRCs) to conduct nationwide Community Policing-related activities in their areas of responsibility. Trained by the OSCE , the CRCs, jointly with the PDD Community Policing Trainers (currently Community Policing Advisors), have been implementing a significant number of Community Policing initiatives, which have considerably contributed to building confidence and enhancing stability, particularly in the former crisis areas.

Yet, because the position and function of CRC was never officialised by the MoI, many Chiefs of Police Stations failed to properly support those police officers who, in the vest of CRCs, had to fulfil Community Policing-related tasks in addition to their regular duties. This shortcoming has notably affected the effective carrying out of Community Policing activities at local level, thus hampering the successful implementation of the Community Policing programme nationwide.

However, through establishing Prevention Units and appointing ninety Inspectors of Prevention who will take over Community Policing tasks all over the country this setback is close to be repaired. The positions of Inspector of Prevention will be functional at central, regional and local levels (e.g. Sectors for Internal Affairs, Police Stations of General Competence, Police Stations for Road Safety traffic, as well as the Regional Centres of the Border Police). The PDD is participating in the selection of the target group for the trainings, amongst the group of police officers already involved in the CAGs and will subsequently train them in order to enhance their knowledge of and skills in Community Policing, and prepare them to meet significant challenges ahead. For selections criteria please see attached Annex 1 Job Description suggested by OSCE to MoI.

The findings of the Community Policing Survey , which the PDD conducted in 2006, clearly evidence that many efforts have still to be made in order to root Community Policing in the country. Among the most striking data contained in the Survey, of note is that only half of the police officers and one out of three persons believe that citizens know what Community Policing really means. This proves that the number of citizens who are not aware of its meaning and facets is still significant. The findings also show that the level of confidence between citizens and police still has to be increased, particularly in those areas populated by ethnic minorities.

In addition to that, as it is envisaged that a considerable number of police officers will be assigned to the Prevention Units, it will be utmost necessary to create a mechanism to cascade the knowledge and skills down to them. This project proposes, therefore, to include in the trainings delivered by the OSCE also a number of MoI Trainers (approximately 17) who, jointly with the Inspectors of Prevention, will be later on tasked to train the remaining MoI staff entrusted with Community Policing responsibilities. This method of training takes place within the frame of the ongoing police reform with the creation of a Training Directorate in course of implementation.

Throughout 2008, the PDD will continue providing support to the Ministry of Interior’s efforts to succeed in meeting its reform goals, including by furthering the sustainable implementation of its Community Policing programme.

Further to and building on the success achieved in establishing the CAG practice and expanding it nationwide, time has come to help the MoI turning to a further significant stage in the implementation of the Community Policing Programme, namely to institutionalize Community Policing practices and activities. A key step for the MoI to successfully accomplish this endeavour is to realize the OSCE-supported plan to set up Prevention Units at different levels and to assign to them competent and trained police officers with relevant rank and background, as Inspectors of Prevention. By taking up this newly designed function, the Inspectors of Prevention will be exclusively entrusted with implementing at different levels the preventive policies developed by the Ministry within its Community Policing programme.

With a view to succeed in concretizing this project, the Minister of Internal Affairs (MoIA) has requested the PDD’s Community Development Division to design, organise and deliver a specialized training to the Inspectors of Prevention. The aim of such training is to impart to the newly assigned Inspectors a better knowledge of the international Community Policing standards and best practices, as well as to provide them with the necessary skills to perform their duties and to instruct appropriately every police officer assigned to the Prevention Units. 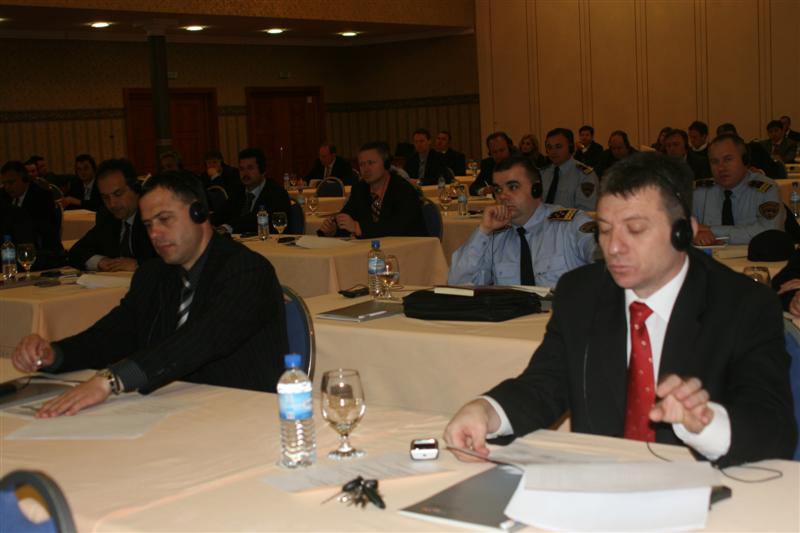 The goal of this project is to support the MoIA in implementing their Community Policing Programme “Building a Partner relation citizen-police” that they have developed in line with the new police reform. It also aims to enhance the mid-level management supervisory staff’s knowledge on conflict prevention and conflict resolution through specific presentations on the subject matter and through increased knowledge of the tool, Inspector of Prevention (IoP) position.