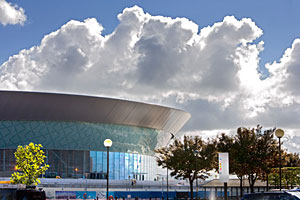 This innovative international conference on serious organised crime aimed to build links and capacity throughout Europe, disseminate and discuss the development of police forces and techniques

The rise of organised crime networks in Europe has resulted in problems with money laundering, guns, human trafficking and counterfeiting. By helping to develop police forces and other crime-fighting agencies across the continent, these networks can be broken up which should see real results in terms of crime reduction on the streets of the UK's cities, as well as throughout the urban continent.

Some cities experience greater degrees of problems with organised crime than others. Liverpool has been designated the European Capital of culture 2008 and is working on a series of projects including "Cities on the Edge". This is a project that links seven similar cities with the aim of fostering dialogue, sharing, collaboration and reciprocal knowledge. Merseyside Police are making a huge effort to tackle organised crime in Liverpool and to do this it is necessary to engage the rest of Europe's crime-fighting capability.

By bringing together leading experts from across Europe as well as the UK, the conference provided a key opportunity for delegates at all levels of knowledge of approaches to tackling serious and organised crime to learn how to apply and implement new procedures and cultures to achieve real change in attitudes and behaviour.

Purpose of the Conference

This three day conference did: