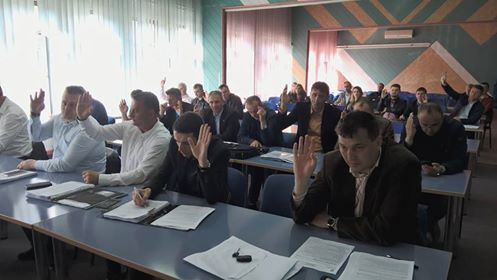 The Declaration on the Condemnation of Hate Speech has been adopted by the Assembly of the Tuzla Canton, the City Council of Tuzla and the Gradacac Municipal Council. To support the Declaration, many activities were organised. A round table was held at the University of Tuzla on 22 May, and the Mission provided a presenter.

In addition, FO Tuzla supported an activity of the Youth Resource Center, which is a member of the Tuzla Anti-Hate Coalition. The round table was organised as part of their campaign CAT - Citizens Against Terrorism, conducted in cooperation with partner organizations from Bijeljina and Brcko, all part of the global student competition on this topic launched by Facebook.