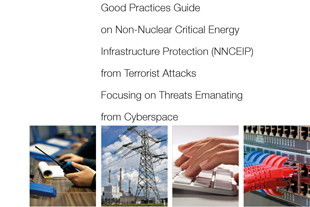 This publication intends to provide a framework that encourages the formulation and implementation of appropriate policies and institutional management of cyber security related to NNCEI, based on a co-operative, integrated (all-hazard) and risk-based approach, and with an emphasis on achieving incident response preparedness, overall infrastructure resilience and energy reliability.

National and business infrastructure have always been viewed by adversaries as potential targets. In the ancient world, supply lines to cities and countries, and sometimes the stored supplies themselves, were subject to attack or military supply lines were assaulted to weaken an army. In the past, such attacks focused on supplies such as food and water or military targets, but industrialization has created a new target: the energy supply.

In today’s highly industrialized world, few things can function without energy. Life as we know it would no longer be possible if there was no energy industry or if a power outage occurred over a long period. Our potential enemies are also aware of this.

For this reason, countries and energy sectors must take responsibility for implementing measures to guarantee that energy, including electricity, is available at all times. The participating States of the Organisation for the Security and Co-operation in Europe (OSCE) are no exception. The OSCE is uniquely placed as a pan-European and trans-Atlantic body of highly industrialized and developed participating States with Partners for Co-operation from North Africa to Australia to address energy infrastructure security, particularly threats from terrorist attacks and those emanating from cyberspace.

Although the aim of the good practices presented here is to assist countries with identifying and countering threats to cyber-related terrorist attacks, these measures may be adapted, extended and/or applied to other threats and other sectors. This possibility is taken into account throughout the guide.

A detailed discussion of these threats and recommendations for greater preparation and resilience follows.  Based on our findings, recommended good practices for all countries and companies operating non-nuclear critical energy infrastructure include:

The OSCE has a special role in this, as it can act as an intermediary between international organisations such as the European Union (EU) and North Atlantic Treaty Organisation (NATO), participating States, and the owners and operators of non-nuclear critical energy infrastructure.

OSCE Transnational Threats Department with the support of the OSCE Mission to Serbia organised a tabletop exercise on strengthening protection and preparedness against terrorist attacks aimed at critical energy infrastructure.

The forum is organised by the OSCE Transnational Threats Department (TNTD)/Action against Terrorism Unit (ATU), in order to promote implementation of the Ministerial Council Decision No. 6/07 on Protecting Critical Energy Infrastructure from Terrorist Attack through the publication of a "Good Practices Guide on Non-Nuclear Critical Energy Infrastructure (NNCEI) Protection from Terrorist Attacks", focusing on threats emanating from cyberspace.