Interaction Between Journalists and Police Officers during Mass Events 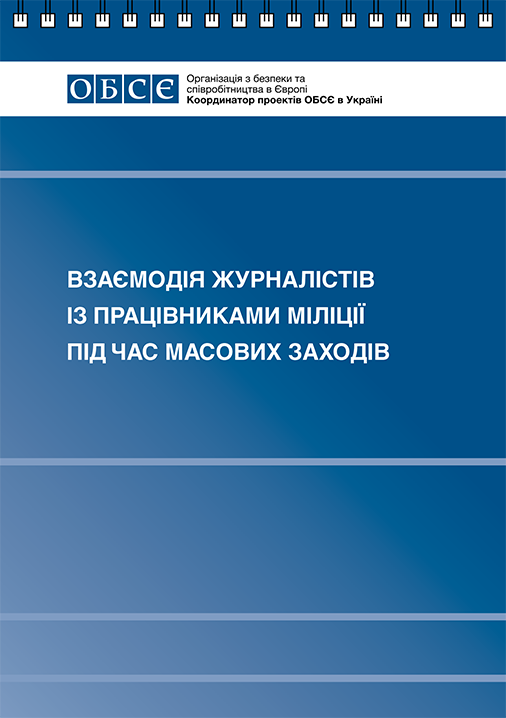 This guidebook is a result of joint work between Ukraine's Interior Ministry officers and media unions’ experts as part of a project implemented by the OSCE Project Co-ordinator. It includes recommendations on their co-operation during mass events, the rules of safe conduct and a detailed overview of the rights and responsibilities of both the police and journalists. It is not available in English.

Outbreaks of violence in the streets, which were accompanying the political crisis in Ukraine in late 2013 - early 2014, showed the need to significantly change approaches to security of journalists and to review mechanisms of co-operation between the law enforcement and the media in crisis situations, especially during mass events.