Police Reform in Serbia: Towards a Modern and Accountable Police Service 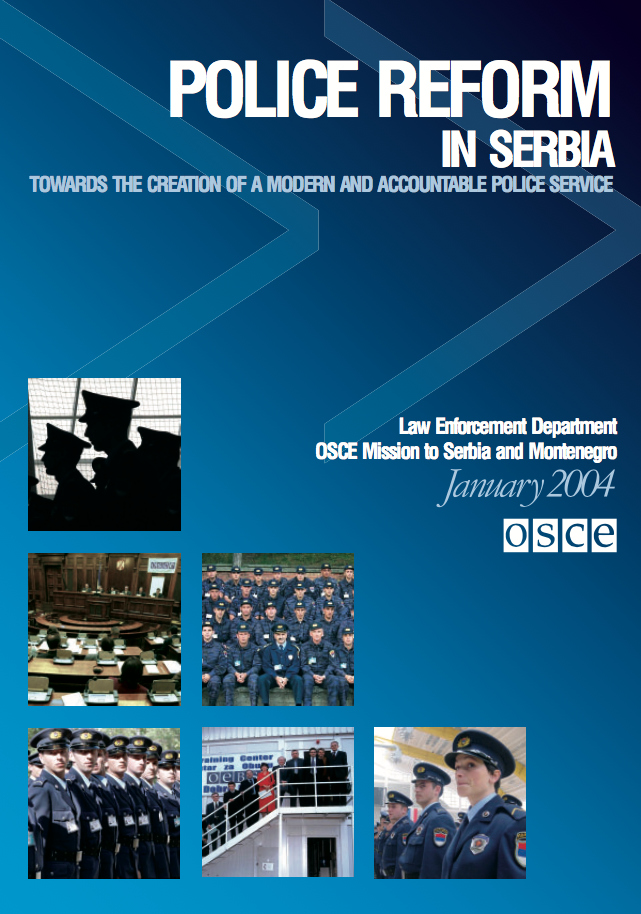 The main objectives of this report are to highlight areas where the police reform process in Serbia requires impetus and to be constructive by providing possible solutions to issues that have the potential to undermine the process.

This document aims to evaluate the progress that has been made in the two years since the publication of the OSCE Study on Policing in FRY. Such progress relates to the strategy and implementation of reforms undertaken by the Serbian Ministry of Interior. The OSCE’s report can be viewed as the control from which progress in the reform process can be measured. It highlighted the areas in which the Ministry of Interior should concentrate to develop a thoroughly modern, representative and democratic police service. Written initially in 2001, the Ministry accepted the direction as proposed by the Monk Report and engaged in the process. Now, more than two years into the process it is both timely and necessary to re-evaluate progress and re-align priorities. Likewise, an evaluation of the international community’s engagement in this process, together with the OSCE strategy as the co-ordinator of international support, should be analysed.

This report aims to be practical rather than purely theoretical. It provides 93 clear recommendations for both the Ministry of Interior and the international community. These 93 recommendations should form the basis of discussions on the Ministry’s reform priorities for the next two years, and should represent the focus of international assistance over the same period. The Ministry must recognise that there exists a window of opportunity to benefit from the focus, attention and financial support of the international community. Such support is dependant on significant progress being made in the areas outlined in this document and on the development of a strategic and holistic approach being taken with regard to the police reform process.