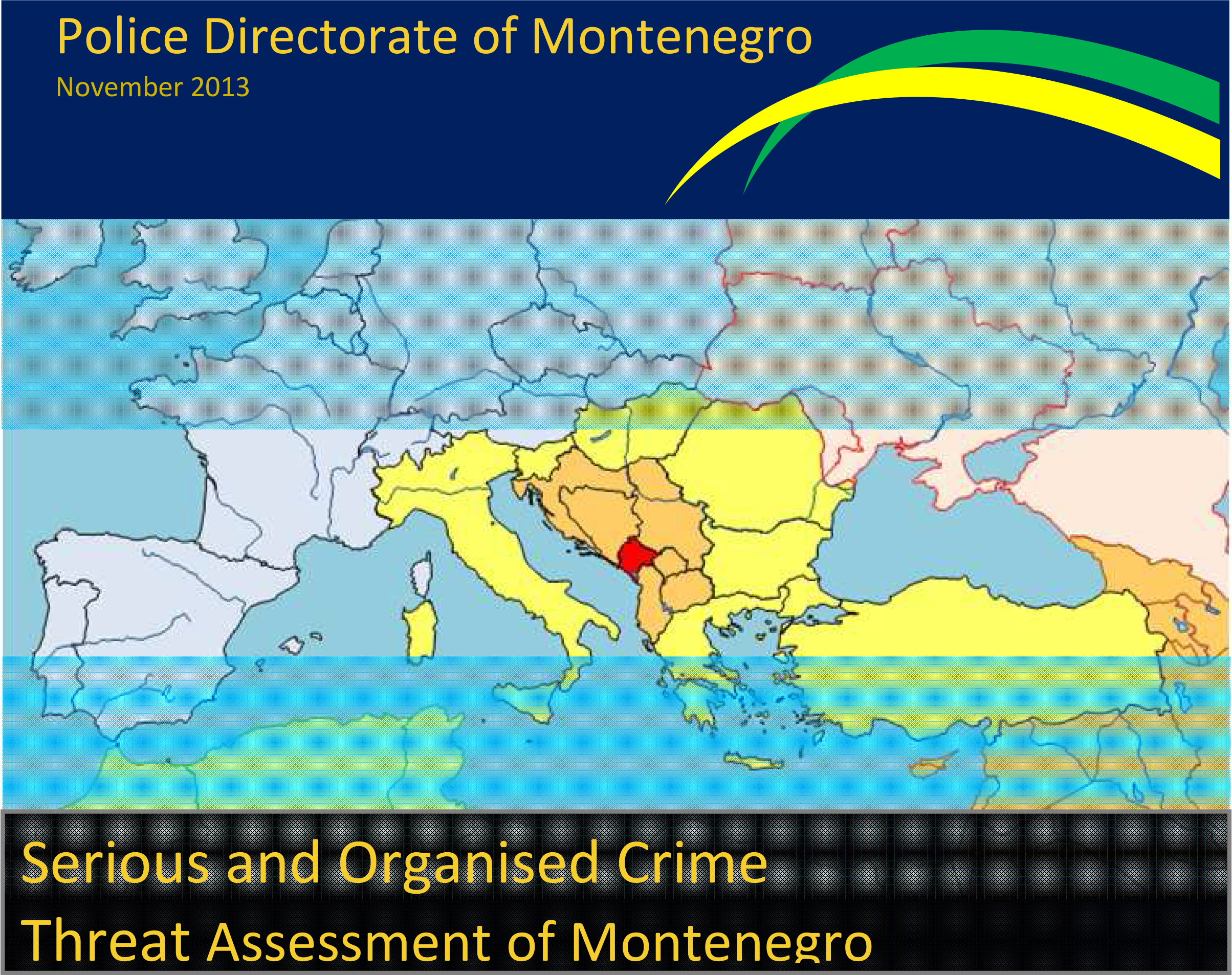 This assessment of Montenegro was conducted by the Montenegrin Police Directorate, based on the data from the current situation, dynamics and trends in serious and organised crime, with the purpose to allow law enforcement agencies and state institutions to better understand the situation in the country.

Organised crime is one of the biggest challenges and threats to Montenegro and the Western Balkan region, in which strong regional cooperation is necessary. This is even more important for Montenegro, as it has become not only a transit point for smuggled drugs and humans in the past years, but also the final destination of criminals.

Furthermore, organised and serious crime is very difficult to detect and includes a large variety of criminal activities such as drug trafficking and weapons, illegal migrations and smuggling of persons, economic and criminal activity – cigarette smuggling / excise goods, counterfeit money and payment cards, murder, robbery and theft of vehicles.

Thus, preventing and fighting serious and organised crime receives a high priority on the political agenda, especially with a view to future accession to the EU, and the need to align the standards and practices for fighting organised crime, UN conventions, conventions and recommendations of the Council of Europe, directives and decisions of the EU framework, and responding to other international standards.

This report, which comprises two versions - a public and a classified one -  should serve as a basis for a general understanding of the phenomenon of serious and organised crime in Montenegro and to identify the main problems in this area.