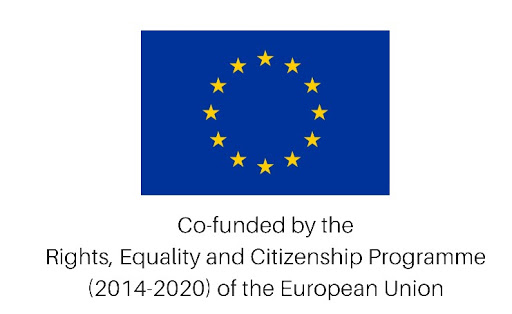 Concluding report and materials produced by the project, implemented by OSCE in Bulgaria, Hungary and Romania, and funded by the European Commission (through the Rights, Equality and Citizenship Programme 2014-2020) and the governments of Germany and Austria, including the situational analysis in each country, a training curriculum and promotional materials.

Globally, it is estimated that one in three women experience forms of gender-based violence in their lifetime. Gender-based violence (GBV) endangers the security and dignity of individuals and puts at risk their social, economic and political participation. It is a barrier to achieving comprehensive security for all, which is the OSCE’s main goal. Police are at the frontline of the criminal justice system and often first-responders to GBV. Their approach, attitude and responses are cornerstones for they ensure that violence is prevented, victims are protected and perpetrators are punished.

With this in mind, the OSCE’s Transnational Threats Department/Strategic Police Matters Unit (TNTD/SPMU), in partnership with the Institute for Police Education at Linnaeus University and in co-ordination with the OSCE Gender Section and the OSCE Office for Democratic Institutions and Human Rights, piloted the regional project Effective Criminal Justice Strategies and Practices to Combat Gender-based Violence in Eastern Europe in Bulgaria, Hungary and Romania between 2018 and 2020. The aim of the project was to assist the law enforcement authorities in enhancing the professional skills and attitudes of practitioners in preventing and responding to GBV.

The project consisted of three phases: multi-sectoral co-ordination (addressing law enforcement and judicial authorities, as well as civil society organizations and academia); training (for first-responder police officers, investigators and prosecutors) and awareness raising (for general public and law enforcement practitioners). The project was implemented with the support of a dedicated co-ordination mechanism consisting of national Steering Committees, Working Groups and Reference Groups established in each beneficiary country as part of the project, with the aim to ensure local ownership and to improve the multi-sectoral co-ordination. A total of 120 criminal justice practitioners participated in the co-ordination and capacity-building activities. The awareness-raising activities reached out to more than 15,000 first-responder police officers and five million individuals from the three beneficiary countries.

This report concludes the implementation of the project. It captures the best practices and lessons learned as well as further recommendations in the area of preventing and combating GBV. It is primarily intended to further assist the three beneficiary countries of the project in their endeavours to fight GBV thus ensuring professional police services that are effective and trusted by citizens. Practitioners from the entire OSCE area and beyond could use the examples of best practices and recommendations laid down in this report, as further efforts need to be invested worldwide in making police services more public-oriented to ensure greater security and more effective crime prevention.

To that end, the report consists of two Chapters. In Chapter 1, the Situational Analyses conducted at the beginning of the project in Bulgaria, Hungary and Romania are summarized. These analyses were the first of this kind and could be of use for further development of legislation, strategies, action plans, procedures and projects in the area of preventing and combating GBV. Chapter 2 includes the best practices gathered during the project implementation, as well as tailored recommendations. Finally, the report includes the materials developed during the project, such as training methodology, curriculum, case studies and promotion materials for awareness-raising.

The report has been prepared by the OSCE Secretariat’s TNTD/SPMU. The best practices and recommendations encompassed in this report have been discussed during the Closing Conference of the project, which took place at the Hofburg, Vienna, on 5-6 March 2020.

Annexes of the publication:

To mark the International Day for the Elimination of Violence against Women on 25 November 2019, the Strategic Police Matters Unit of the OSCE’s Transnational Threats Department (SPMU) launched a regional awareness-raising campaign against gender-based violence in Bulgaria, Hungary and Romania.

The course for police and prosecutors was organised by the Strategic Police Matters Unit of the OSCE’s Transnational Threats Department.

A specialized training course on appropriate and effective responses to gender-based violence for Romanian police and prosecutors, organized by the OSCE’s Transnational Threats Department/Strategic Police Matters Unit, was held from 27 to 31 May 2019 in Poiana Brasov, Romania.

This event is organized by OSCE’s Transnational Threats Department/Strategic Police Matters Unit, within the framework of the Project "Effective Criminal Justice Strategies and Practices to Combat Gender-based Violence in Eastern Europe", and will consist of a four-day course for police and prosecutors, followed by a one-day workshop with additional judges and social workers.

The course was organised by the OSCE’s Transnational Threats Department/Strategic Police Matters Unit, in partnership with the Swedish Institute of Police Education at Linnaeus University and in co-ordination with the OSCE Gender Section. The four-day course for police and prosecutors was followed by a one-day workshop where judges and social workers joined in.

The launching of an OSCE project to support criminal justice systems in Eastern Europe in their fight against gender-based violence, developed by the Strategic Police Matters Unit of the OSCE Transnational Threats Department